What Are You Really Saying? 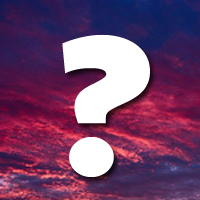 I’ll be honest.  I haven’t been watching the Zimmerman trial.  When the tragedy first happened, the details were obscured and it seemed like the media was more interested in inciting a race war than in what actually happened.  I knew that regardless of what the facts of the case were,  opinion heads would be giving their opinion, whether they knew anything about it or were adding anything of value to the discussion.

It seems like they have even less concern for the impact of their words.  They have to fill time and attract eyeballs and it seems the majority of the media really don’t care how they do it.  They’ll sell their soul and contribute to this country’s divide.  As long as their ratings are up, they’re good.

It Could Have Been Me

But this really surprised me.   Last week rather than making an effort to unite the country and calm the tensions, President Obama made a statement  in the White House 1Condon, Stephanie. “Obama: Trayvon Could Have Been Me 35 Years Ago.”  CBS News.  19 July 2013.  Accessed 22, July 2013. briefing room that Trayvon Martin “could have been me 35 years ago.”

So what you’re saying is that 35 years ago it would have been you that had a man two-thirds your size pinned to the ground beating the crap out of him? 2 Donaghue, Erin. “George Zimmerman trial: Neighbor testifies Trayvon Martin was straddling Zimmerman moments before fatal gunshot.” CBS News. 28 June 2013. Accessed 22 July 2013.

Really?  Is that what you’re saying?

Or are you saying that you would have rather had George Zimmerman dead or brain damaged and that would have been okay because he isn’t black?

Is that what you’re saying?

Because regardless of what anyone tries to spin, the facts, that were proved in court, are that Martin engaged in a conflict with a smaller man because he was offended that someone would have the nerve to think he was someone that warranted observation.

If you notice someone is worried, the response of someone with nothing to hide . . . that of a responsible citizen . . . would be to give the worrier a wave and a smile.  An acknowledgement that, “Hey, It’s all good.”

That would be the normal thing to do.

A responsible citizen, or even a “good kid,” would NOT get in an altercation with the neighborhood watch and then try to pound him into the pavement.

Did it ever occur to all these indignant protesters, even for one second, that by his actions Martin proved that Zimmerman had just cause for concern in the first place?

It is sad, but when you are living in a country where a magazine puts a mass murderer their cover  glorifying them . . . I guess that shouldn’t come as a complete shock. 3 Jessup, Meredith.  “Boston Bombing Suspect Graces New Cover of Rolling Stone.” The Blaze. 17 July 2013.  Accessed 22 July 2013.

But to have the President of the United States join in and feed it is absolutely despicable.  Maybe stirring up racial prejudices is what he did as a community organizer, but as the leader of the country . . . he needs to lead.

Unless if you’re a plant by a foreign power whose goal is to destroy the country, leading does NOT include riling up your followers to attack each other.

But if his goal is to start a second Civil War, he’s doing a bang up job.

We Are All Trayvon

Because that is what he’s doing.

And please tell me just exactly what point they are trying to prove by blocking a freeway and attacking a family  that is trying to get their child to a hospital. 6 Bauer, Jennifer.  “Local family’s emergency trip to hospital interrupted by demonstrators.” Click2Houston. 16 July 2013.  Accessed 22 July 2013.

“We are all Trayvon.”

Maybe, but you’re not sending the message that you think you are.

But the frightening thing is that this isn’t just about the hypersensitive issue of race.  While these actions would never be justifiable, one can understand at least partly where it stems from.  When someone is part of a group that has had hostility directed at it for generations, there is a predisposition to view the actions and attitudes of others as aggressive, whether they were intended that way or not.

So in some ways, it is understandable.  But if you don;t want people to judge you on race, at some point you have to stop judging everyone else based on race.

A couple of months ago, someone posted a link to a story about a car driven by three shoplifters that ran a red light and hit another car while trying to elude the police.  In the car they hit was a mother and her three children.  The mother was killed at the scene. 8 Cain, Amanda. “One Dead Following Police Chase in Humble.” The Humble Observer. 23 May 2013.  Accessed 22 July 2013.

The link to the story was posted with the question, “Should the police have pursued the shoplifters?  Why or why not?”

How is that even a question?

What  is someone really saying when they ask that?

Oh yes, the woman tried to whip out the “don’t judge” card.   (Just a note:  If you’re going to try to use that, it’s usually a good idea to actually know what you’re talking about.)

And I’m sure you’re probably thinking that this was some Belieber nitwit that is on the “Free Jahar” train.  I have no idea what her musical preferences are, but from the unblurred profile picture, she looked like she is older than me.

Do you see the underlying theme between that woman’s comment and the Trayvon protesters?

Heaven forbid anyone check or question someone else’s actions.  They might get offended, or even worse someone might get hurt.

It Is Among Us

The common thread, what they are really saying,  is an underlying rejection of any authority and accountability.  It is found not just in the courts, but in our day-to-day lives: in the workplace, in the schools, and in our social circles.

Someone is having an affair?  “Mind your business and don’t judge.”

How people try to pair that verse and adultery is beyond me.  The Bible has some very strong and clear words about it.

Kids are having issues with math?  Well, as long as they can show their work and what they “think” the answer should be, that’s what’s important.

Yes, a teacher actually said this at an Humble ISD school board meeting on the wacky math program they teach.  It is all “math concepts” rather than learning “math facts.”  I wonder if they would have the same opinion if that same logic was applied to their paycheck.  And yes, this is why young adults can’t make change for you without the cash register telling them what it should be.

Someone’s caught taking kickbacks on their job?  They file a lawsuit for sexual discrimination.

I actually had a client tell me just last week that they were playing catch up after five of their employees walked out at once.  They are a small business and this was a significant portion of their staff.

Do you want to know why they walked out?

An older lady in a walker came to the store and was struggling to open the door and get through it.  During this, three employees were standing behind the register (which is right next to the door) chatting.  They didn’t acknowledge her at all.  When the owner asked if she had been helped, she said, “No.”  This is after 15 minutes and the employees were still gabbing away.

Afterwards, the owner brought them in, explained what the issue was, what the policy was, and why he was unhappy with their actions and ended by handing them a written warning to sign acknowledging they had received it.

If you have a business or have worked in HR, you know this is all standard procedure.

The employees refused to sign the acknowledgment.  They were indignant that they were getting reprimanded and attempted to justify their actions and why they were in the right.

Let’s put aside that this was on the job and any company policies for a minute.

I don’t care where you are, if you see someone in a walker and they need help with a door . . . you open the door.

You shouldn’t have to have anyone tell you to do something like that.  It is common courtesy.

But were they so dead to any of this, let alone any concept of terms of employment, they got offended and walked off the job.

Not only that, but two other people quit in a show of solidarity.

Do you see a recurring theme?

What are they really saying?

“I’m right. I’m entitled, and no one can question or criticize me.”

It’s not just about Trayvon.

It is much deeper than that and it is all among us.