Can You Find God Without Religion? 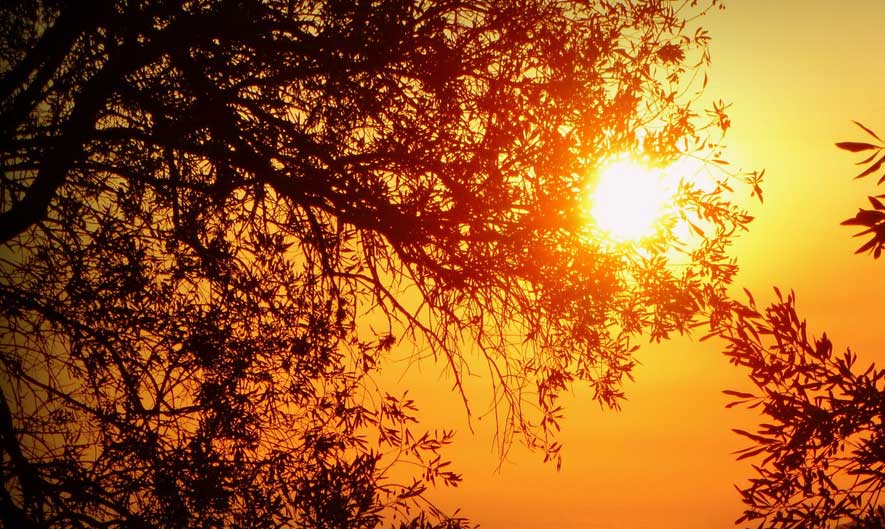 Many people want to find God.   There are many books on the subject which promise to put you on the path to find Him.  Most of religions of the world make the claim to make you one of His own.1  However, there are some people who want to find God without religion.

They might say (and many do), “I’m spiritual, not religious.” They might not want to follow anyone’s guidance or rules.  Or, as happens frequently, they have been hurt by a faith community in the past and want to now avoid it entirely.

So is it possible?  Can you find God without religion?  In order to answer this question, let’s first look at who God is as well as the definition of religion.

We have always believed in something other: a Creator God, a pantheon, even the desired end of “nothingness” in Buddhism is logically something beyond what we know.  We have a sense of right, a belief that there is an absolute truth and order . . . a law . . . and by extension a Lawgiver.  In order for there to be an absolute rightness and absolute justice, there must be One who is absolutely righteous, absolutely just, a perfect Being.

Those Thomas Aquinas referred to as “virtuous pagans,” such as Plato’s Socrates and Aristotle, explored this concept long before the Christian church.  Plato’s perfect forms were beyond matter and beyond space, the ultimate reality, and Aristotle believed in a perfect self-consciousness with a separate essence from the created world.  But it was Anselm in the Middle Ages who set about to clarify and distinguish the God Christians worshiped from the pantheons surrounding them through the nature and quality of His Being.

Anslem’s reasoning, which became known as the “ontological argument,” is that God is the maximally great being.  He is the greatest thing that we can conceive of, beyond all other things.  The second part of his argument for God is that as actual things are greater than our ideas of the thing, that if we can conceive of a maximally great being then there must be such a being because if He was not actual . . . then we would be able to conceive of something greater.

This is a simplified form of his argument, and as an argument for the existence of God, I know this sounds a little circular . . . Philosophers love to debate it.

However, for the purpose of this discussion, I just want to point out what we mean by God: He is the Greatest Thing, being absolutely perfect, all knowing, all powerful, absolutely just, and outside of space and time.  That is God.

If the thing you are searching for is something other than that . . . that isn’t God.

How Should We Respond to God?

Now that we have defined who God is, the Maximally Great Being, let’s think about what our interaction with Him should be.  In our egalitarian Western culture, we have, for the most part, lost the concept of showing respect and honoring someone.  As we are all equal, no one is deserving of more honor than another and, let’s be honest, pride factors into that as well.

However, we do still honor what we perceive as “greatness,” it’s just usually not an authority figure and our perception is often shaped by very shallow reasons such as money or fame. But shallow or not, let’s use that as an example.

Take an activity that you are involved in or follow and think of the absolute greatest person in that field, the all-time absolute best.  So if you are into swimming, maybe Michael Phelps comes into your mind, basketball might be Michael Jordan, or painting might be Michelangelo.  Imagine yourself having the opportunity to talk to them.

How would you approach them?  Would you barge into their room without knocking in your ratted out t-shirt and flip flops, with hair that hasn’t been brushed in days, smacking on gum and talking on the phone while standing in front of them?  If they tried to critique your technique and give you guidance, would you bristle and begin to criticize and tell them the way they should be doing it?

Of course not.  You would prepare by making yourself presentable, approach them respectfully, and listen to the guidance that they gave wouldn’t you?

This is the respect you would show towards a fellow human being who is only great, not Maximally Great, in one particular area.

Remember, if God IS, He is Maximally Great.

The next question we must answer is “what is religion?”  Many people think of it as a proscribed set of rules and beliefs that adherents must follow.  They might associate it with a particular group or building.

However, that is not what religion actually is.  The English word religion is derived from the Latin word religio, which refers to “the fear or awe one feels in the presence of a spirit or a god.”2

So “religion,” that fear and awe, is the way we approach this Maximally Great Being.

If you don’t want to “have religion” to find God, then what you are seeking probably isn’t Him. 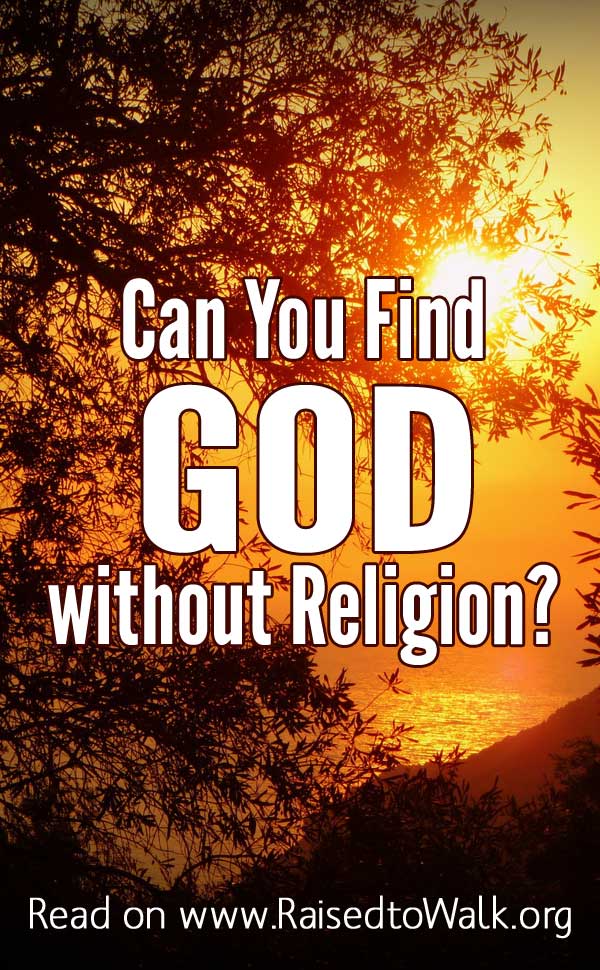 1 Note:  Most religions do believe in “a” God, sometimes multiple gods.  However, Buddhism and other pantheistic religions do not believe in a Creator that is apart from Creation.

These pantheistic systems are essentially atheistic because they believe in a “closed system,” meaning there is nothing outside of the created universe.  There is a “world spirit” or a “universal consciousness” and each person, as well as every other thing that makes up the material world, is part of this same divinity.  Everyone has god within them.

You will also hear this referred to at times as the “Christ consciousness” and when people refer to Jesus in this way, they are not referring to him as Christians always have, as God come as man, but as a man who fully recognized and manifested this universal god within.

So because Christians and Buddhist have such fundamentally different beliefs about who God is, who we are, (We are created beings made in the image of our Creator, Buddhists not only do not believe in a Creator, but they do not believe the Universe had a beginning . . . Which is scientifically and logically impossible), and the manner of redemption . . . One cannot be a “Christian Buddhist.”  Just as one cannot be a “New Age Christian,” a “Christian Hindu,” or a “Christian Wiccan.”

The beliefs are mutually exclusive.  They cannot all be true.  If you believe one, you cannot really believe the other.