It’s Not All About You: A Lesson from the Life of Solomon 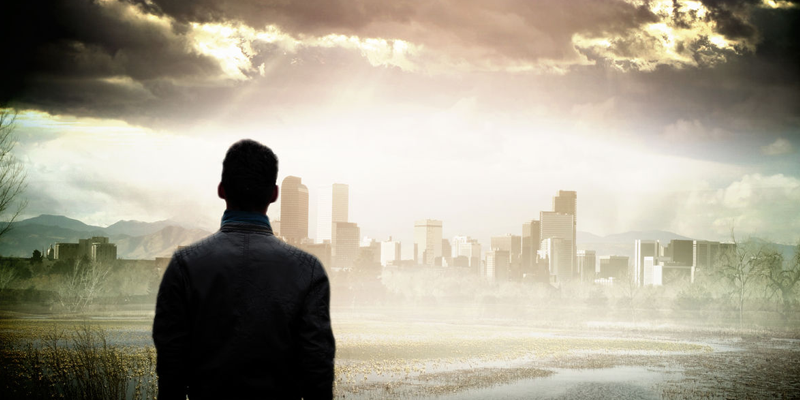 “It’s not all about you.” We say that to people sometimes. We may be in the middle of a conversation about something and they make it all about them, completely missing the point. Because their focus is directed inward, towards themselves rather than outward to others, they miss the point and don’t understand what is being said.

We had a talk in Sunday School about a person with that failing. No, it wasn’t on Moses’ pharaoh, Daniel’s Nebuchadnezzar, or Paul’s Agrippa. It was 1 Kings 3 and the account of Solomon who asked God for wisdom. Solomon is known for many things such as the wisest man that ever lived and one who had wealth beyond imagination. We celebrate him as a hero of the faith and someone to admire; however, in truth he is one of the most conflicted characters in the Bible.

We often put these people recounted in the Bible on pedestals, and yes, there are many things to admire. Hebrews chapter 11 lists many to follow in example. But while we can admire certain actions, we have to always remember that no matter how great a person was in faith, they are still fallen and corruptible human beings. Accounts of those failings are given as well. Just because a person in the Bible did a certain thing does not mean that God approved of that action. Abraham pimped out Sarah. Jacob lied and swindled. David was an adulterer and a murderer, and Solomon thought it was all about him.

If you know who Solomon is, I’m sure you know the story. God appeared to Solomon in a dream and told him that because of his love for his father, David, that he would give him anything that he asked. In response, Solomon asked for wisdom and discernment, to know the difference between right and wrong, in order to judge God’s people fairly. He knew that the job was too big to do on his own and that it was only possible through God’s help.

Because of this selfless request motivated by the desire to serve others and to serve them well, God gave Solomon what he didn’t ask for, wealth, a great name, and promise for a long life, conditional on if he continued to follow God’s precepts.

Solomon was at a critical point in his life. He was beginning his reign. He had already made a couple of missteps by marrying the Pharaoh’s daughter, which was prohibited by Levitical law, placing his trust in an alliance with man rather than God. He also continued to attend the worship of pagan idols. He loved God, but he had his feet in both camps.

That God offered him a request is evidence of God’s faithfulness. In the dream, God did not say it was on account of Solomon he came, but David. This was a generational blessing. This was Solomon’s opportunity to step into a closer communion and fellowship with God himself. He made the right request, but we can see in many ways he had a misapplication. He made it all about him.

How do we know this? A little later in the book of 1 Kings we find out that not only did Solomon take pharaoh’s daughter for a wife, but he took many wives. He had 700 wives and 300 concubines. (1 Kings 11:3) 1A note on 1 Kings 11:3. Reading this verse, it struck me that it states there were 700 “royal” wives. These were women who came from families of position and clout. Marriage, for Solomon< was for creating alliances and strength, it was not about relationship it all. Those who did not come from a royal family were not given the honor of a marriage, they were simply kept women. Again, how opposite this is from the relationship in the Song of Solomon where the woman is a humble shepherdess and her beloved meets her abandoning all pretence. The communion and fellowship that God designed marriage to be between a man and a woman was gone. The picture painted in the Song of Solomon did not match Solomon’s reality. What is more, we find that all of these connections and relationships led Solomon away from God. In the book of Ecclesiastes, his despair and weariness over the emptiness of life is evident. In the end, he acknowledges that the only thing of true value is God, but his life was spent in futile pursuits.

Not only was his relationship with God broken, but the trust with the people of Israel was destroyed as well. He laid heavy taxes on them and came to see them as simply a means to his own ends rather than acknowledging and fulfilling his purpose to serve them. He made it all about him, and because of that, Israel revolted against his son and the nation was divided, not to be restored again as a unified and sovereign nation until almost 3,000 years later in 1948.

Where did Solomon go wrong? With this wonderful opportunity, what happened?

God is always opening doors to us; however, we have to not only make the choice to walk through it but to continue to walk with Him. We choose that in our daily decisions.

Solomon thought the end game, God’s purpose and plan, was all about him, and we can see that even in the passage where makes his request to God. Even in the middle of his idealism and desire to be the righteous servant to the people of Israel, he misapplied words of God and this initial self-focus was the root of his later failings. His focus changed from looking up to God to looking inward towards his own desires.

God promised to David that he would give him a son that would reign on the throne forever. (2 Samuel 7:11-16) Solomon was a son, but he wasn’t the Son to which God referred . The reference to the people so great they cannot be counted, was referring to God’s promise to Abraham to make him a nation so great that they could not be counted. (Genesis 12:3) This referred to all those who would come to faith in Christ who came to give us the right to become the sons of God by coming as man, a descendant of Abraham. (Galatians 3:29, Romans 9:6-9) Solomon thought this promise was about him. He began his rule with the right intent, but those seeds of grandeur sprouted and led him astray.

If he places us in authority, it is to serve others and to give justice to those who are wronged and to reflect the righteousness and justice of God.

If he gives us a voice, it is to speak for others who cannot speak for themselves and to declare the glory of God.

If he blesses us with material goods, it is to bless others and to show God’s faithfulness to others by fulfilling their needs.

We are to be his representative here, to show others who do not know Him what he is like and to point others towards Him.