What is the Origin of Easter? 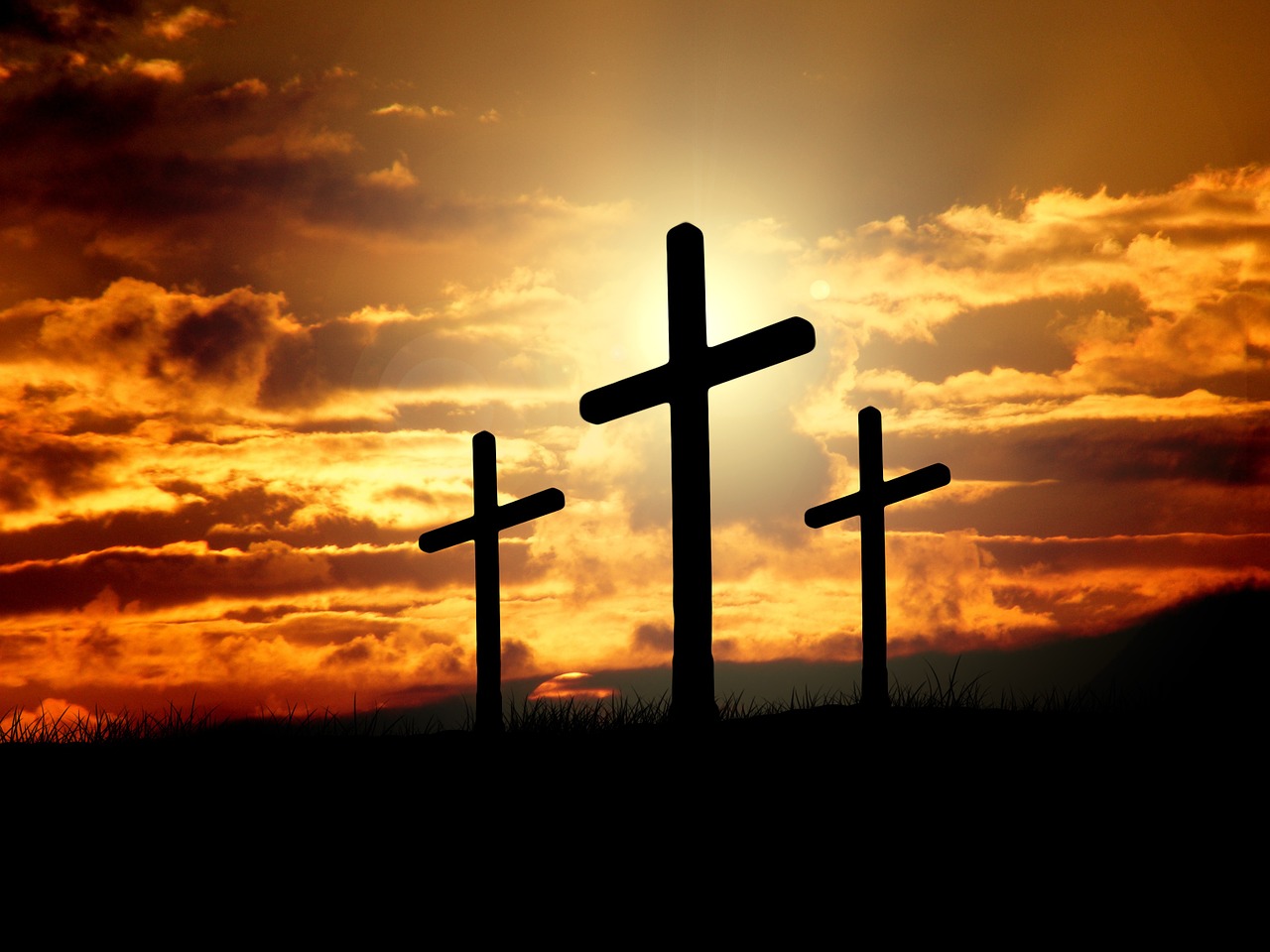 So what is the origin of Easter?  The answer is extremely obvious, yet skeptics and even some Christians seem to think it is a perversion of the Apostolic faith.

This is far, far from the truth.  Apart from the move of the Sabbath observance, one of worship, communion, and reflection, from the seventh day of the week to the first because it was considered “the Lord’s Day,” 1 Acts 20:7 (Likely written by 64-65 AD giving an account which occurred approx. ) John in Revelation 1:10 (written 90 to 95 AD), Ignatius of Antioch, the Letter to the Magnesians (written approximately 110 AD), the Didache (written between 70 to 120 AD), Justin Martyr, the First Apology   the observance of Easter Sunday was one of the first annual observances of the church.  2 The observance of the death and resurrection of Christ was practiced since the inception of the church; however, there were differences.  The followers of Peter and Paul observed the Paschal Sunday while the followers of John the Beloved observed the date of his death, Nissan 15, whatever day of the week it happened to fall.  This was the internecine controversy of the early church which came to be known as the “Quarterdeciman controversy.”. It was not reconciled until 300 years later at the Council of Nicea along with the setting of the calculation of Easter.

Sunday, sometimes referred to the “eighth day” and signifying the new beginning, is considered the Lord’s Day because that is the third day after he was crucified and when he rose from the dead.

Easter is the Whole Point

Easter marks the great day, the pivotal point, the day when the Earth and the Heavens changed.  It was the day when Christ broke the chains of death and the grave and when he fulfilled the promise given to Adam and Eve that:

And I will put enmity Between you and the woman, And between your seed and her seed; He shall bruise you on the head, And you shall bruise him on the heel.”
Genesis 3:15 NASB 3 The “seed of the woman” in this verse is singular, “He,” Because there is only one person in history who was born solely of woman and not man.  This is the first prophecy of the virgin birth, long before Isaiah spelled it out (Isaiah 7:14)

Of course, it was not called “Easter” as “Easter” is a Germanic word that this remembrance of the Resurrection came to be known by in countries with languages of Germanic origins.

It was known as Pascha in the earliest Aramaic, then Greek, then Latin, speaking church . . . And still is in the Orthodox church.

Why was the day of the Resurrection known as the “Paschal” Sunday?

From Goshen, Egypt to a Cross in Jerusalem

The story begins long before a dark day in 30 A.D.

There once was a people who were foreigners in the land, invited to stay by the ruler of the world power of the day.  They made it their home, investing in the welfare of their host country.

However, there came a time when a new ruler came to power who had forgotten the promise made to this people and saw them simply as a resource to dominate and exploit.  He made them slaves, took away their rights, and imposed upon them ever changing conditions that were impossible to meet.

There was nothing they could do . . . At least not in their own power.  The military force was too great, the laws . . . being the will of the ruler . . . were against them, and the native citizens were largely unconcerned about their plight.

But they remembered a promise.  God promised their ancestors that He would be with them, that He would be on their side.  It was a distant memory, for in the years that passed, they had made their host country’s gods and ways their own.

But when they came to the end of their own strength, they cried out to him for help . . . And He answered.

He sent an unlikely champion to speak for them, one who had issues and baggage of his own.

The words were accompanied by signs, catastrophic events that rocked this great nation.

On the Plagues of Egypt

We have had three major Hurricanes, while at the same time fires devastated the West.  Tremors have been rattling across the nation.  Bizarre and severe weather has occurred nationwide including two “bomb cyclones.”

At the same time, the social foundation of our country has been rocked.  Decades of deceit and oppression were exposed to the light beginning with Harvey Weinstein.  In every area, people have been called to account for behavior that was once given a pass.

If you don’t know what a move of God looks like, we are in the middle of one.  There is no reason that the accusations against Weinstein gained traction other than the grace of God, the time given to repent, came to an end.

These stories had been around for years.  No one cared.   Now everyone does.

This judgement began with a flood . . . Literally.  It will not end until all the rooms are swept clean.

If you check the news each morning with anxiety wondering if your own skeletons are going to be next, that is the Holy Spirit giving you a heads up that your time is up.

Don’t wait until your dirty secrets are blasted for the world to see and you are standing there looking like a fool along with Weinstein and his denials.

Just as the oppression of this people broke their pride and allegiance to the false gods, these catastrophic events broke the will of the oppressive ruler and the native citizens.

But it took the ultimate calamity to convince them.  Death.

God told the Israelites, the descendants of Abraham, to kill a lamb and place its blood on the door post of their home.  The blood of the Lamb shielded the inhabitants from the Angel of Death that passed over the Land.  Without the covering of blood, the firstborn son of every household, both human and animal would die.

This was true for both Israelite and Egyptian.  Without the covering of the blood of the Lamb, there was death.

This was Passover, and it has been remembered throughout the generations and centuries since.  On Nissan 14, a lamb is slain and a Passover meal with unleavened bread is eaten to remember not only their deliverance from a human oppressor, but death itself.

It was on Nissan 14 that Jesus, the Lamb of God, was hung on the cross, bearing the penalty for our sins.

From the time of Moses, wine and bread was taken along with every sacrifice.  This sacrificial communion Jesus revealed to his disciples represented his own body and his own blood.  These temple sacrifices were an act of faith in the deliverance God himself would bring (Isaiah 43:11), the salvation of God . . . Yeshua. (Psalm 8)

Crossing Over to New Beginnings

The fulfillment of Passover itself at the cross is not enough, it is the Resurrection that makes all the difference.  As Paul says, if Christ is not risen, our hope is in vain.

Without the Resurrection, Jesus of Nazareth would be just one more forgotten man dead in the grave.

The Resurrection too was foreshadowed in God’s deliverance of Israel from Egypt.

The Angel of Death passed over the Land after Passover, the Eve of Nissan 15. As the morning of the 15th broke, they left Goshen and followed Moses to the land he would show them.

However, three days later the Pharoah had a changed of heart.  So he had lost a son, he wasn’t going to lose the engine of his economy as well.

He was bearing down on them with chariots and the Israelites were trapped between the approaching army and the Red Sea.   What did they do?

Because Moses told them, “You must be silent, you will see what the Lord your God will do for your today.” (Exodus 14:14)

He made a path through the sea, a way where there was no way.  Not only did they get through, but by the same means their enemies were annihilated.

This was life from death and a crossing over to a new life and a new beginning.  There was no going back.

In the eight days of Passover, this third day is known as “First Fruits.” It is to be celebrated on the Sunday, the day after the Sabbath, of the Passover week.  It foreshadowed the Resurrection of Christ as the First fruits of creation (1 Corinthians 15:20-23)

The Origin of Easter is the Fulfillment of the Promise

Easter is the day Satan was given notice that his days were numbered.  The countdown began to when his rule over this world would come to an end.

How do we access this freedom?  As the Israelites at the Red Sea, it is not through our own power.  We can’t make an incantation and compel it.

We can only choose to repent of our own self will and wrongs receiving the salvation, Christ Himself, through the grace of God.

That is the glory of Easter, that Christ did for us what we cannot do for ourselves.