Who is Jesus to You?

When getting to know someone and learning where they are in their walk with God, the key question to find the answer to is “who is Jesus to you?” Not simply, who the person thinks Jesus is . . . but who he is to them. Then listen for the answer. Don’t assume or put your interpretation on the words they are saying, but really listen.

There are people who say that they are Christians and follow Jesus, but once you begin to have a discussion about who he is and what being a Christian means you find that their understanding is completely different. Let me begin by saying who Jesus is to me.

He is the Son of the Living God, who was with God before time and creation, and who is God.

He is the person of the Godhead who fulfilled the promise given in Isaiah 43:11 who said, “I, even I, am the Lord, there is no other Savior besides me.”

He is one to whom God the Father was speaking in Psalm 110:1, “The Lord says to my Lord: “Sit at My right hand Until I make Your enemies a footstool for Your feet.”

I believe He is who He said He was, both God and the Son of Man. He is The Way, The Truth, and The Life, and no one will have eternal life unless they confess Him as Lord and Savior. (John 14:6) 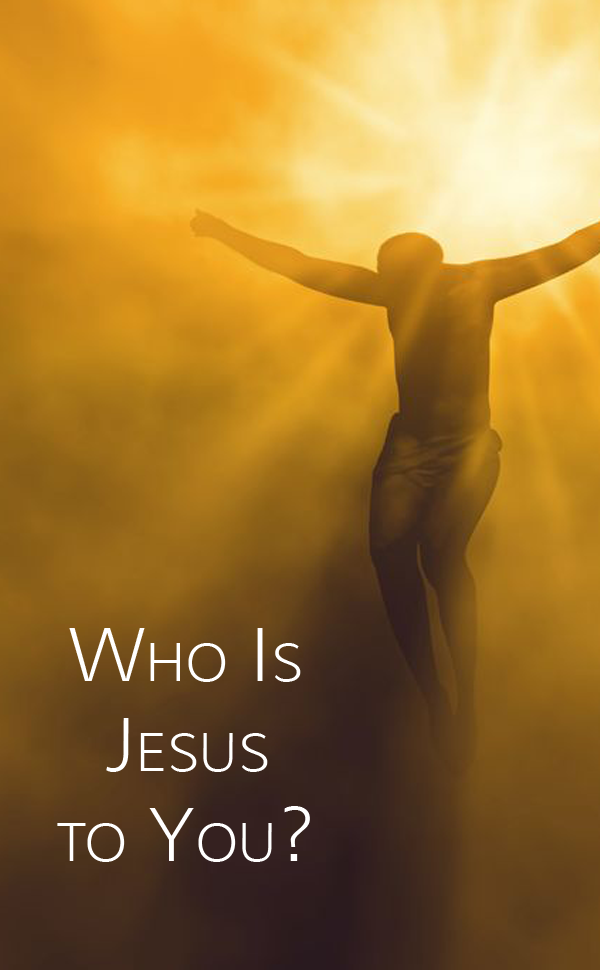 Not All who Claim to Be Christians Are

There are many people who think Jesus was a great guy, but not all of them profess him as Lord. There may even be some that say that they speak for him and perform miracles in his name, yet still do not belong to the body of Christ. This verse is a troubling one.

21 “Not everyone who says to Me, ‘Lord, Lord,’ will enter the kingdom of heaven, but he who does the will of My Father who is in heaven will enter. 22 Many will say to Me on that day, ‘Lord, Lord, did we not prophesy in Your name, and in Your name cast out demons, and in Your name perform many miracles?’ 23 And then I will declare to them, ‘I never knew you; depart from Me, you who practice lawlessness.’ (Matthew 7:21-23 NASB)

It doesn’t have to be complicated. Romans 10:9 states: “If we confess with our mouth that Jesus is Lord and believe in our hearts that God raised him from the dead, we will be saved.  It really is that simple.

Who Jesus is to You

After seeing the hand of God, both in the earthquake breaking the prison open and all the prisoners remaining there, the jailer in Philippi asked Paul and Silas, “Sirs, what must I do to be saved?” They answered, “Believe in the Lord Jesus, and you will be saved.” (Acts 16:29-31, Joel 2:32)

Our modern culture doesn’t always understand the “Lord” part of this statement. We don’t have a culture that where we are under the total authority of another. The closest thing we have is the employer/employee relationship.

The question is, have you made Jesus the Boss of your life?

Shop on Raised to Walk